We have already shown you Julien Dupont playing around on the Audi e-bike Wörthersee, but now we have got some more details about the German brand’s electric bicycle. Designed to be a fun and sporty urban two-wheeler, the Audi e-bike Wörthersee resides somewhere between the growing electric motorcycle trend and a moped, but boasts some impressive technology no matter what segment you think it hails from.

At the heart of the electric drivetrain is a synchronous permanent magnet motor that puts out 3 hp, and a 48-volt .53 kWh lithium-ion battery pack. With the whole cycle weighing 46 lbs (21 kg), the package is heavy by bicycling standards, though very light in practical application. Charging in 2.5 hours off European electricity, the pack itself being detachable from the e-bike for charging (presumably allowing for pack swapping).

While electric bike/mopeds are nothing new, the Audi e-bike Wörthersee certainly brings a level of build and spec to the space that has never been seen before, but the real secret sauce is the electronics package the German automaker has included with its design, and how it has adapted the two-wheeler to fit our daily lifestyles.

On the Audi e-bike Wörthersee, a rider can choose between six riding modes: Pure, Pedelec, eGrip, Wheelie, Power Wheelie, and Balanced Wheelie. The “Pure” mode is your standard bicycle mode, with human-power being the name of the game. In “Pedelec” mode, the rider is assisted by the electric motor when he/she pedals, with speeds up to 50 mph and a range of 31-44 miles able to be achieved.

This is different from the “eGrip” mode, which is more like a motorcycle configuration, and involves the rider controlling the electric output of the motor through a twist-grip throttle. The top speed in eGrip is 31 mph (50 km/h), and the power output can be configured via the on-board computer. The various wheelie modes should be self-explanatory, with the Audi e-bike Wörthersee helping a rider induce a wheelie with the help of the electric motor in the “Power Wheelie” mode, while the “Balancing Wheelie” mode employs technology similar to a Segway, and keeps the bike at its balance point no matter what speed you are riding at.

Able to link up with the rider’s smartphone via WLAN, the Audi e-bike Wörthersee can record tricks performed, routes taken, speed, distance, etc. Audi even has its eyes on various social features for sharing the cycling data via Facebook and other platforms, with built in gamification incentives as well.

If all this sounds a bit over the top, don’t worry you’re right to feel that way. The Audi e-bike Wörthersee isn’t supposed to be the latest product offering from the German company, but highlights a number of key technological components that Audi brings to the table when designing personal transportation vehicles. This is important because there is a slow shift occurring at Audi, which sees the auto brand being less about four-wheeled vehicles, and more about personal transportation in general.

This pedelec is just one example, while the company’s acquisition of Ducati is another. Surveying the current marketplace of electric motorcycles, it is clear that Audi feels that current offerings are stuck too much on features born out of the status quo, and not thinking of new applications. This should be interesting to watch over the next few years, as more OEMs take actual advantage of the digital powertrains embedded in electric vehicles. 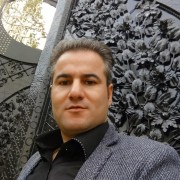